Children are learning already before birth. By 17 weeks gestation, the foetus will have learned how to co-ordinate simple motor movements on the basis of the neurological feedback received from gravity and pressure from the uterine wall. By 29 weeks, the unborn child will be able to discriminate differences in language sounds through listening to the tones coming from the mother’s voice.

After the baby is born, learning continues at a rapid pace throughout the first two years. By six months, most babies can recognise their own names. By 12 months, most toddlers can say between three and eight words. By two years, most pre-schoolers know around 300 words.

What the child learns during the first two years of life, then lays the foundation for all future learning.

Studies show that the quality of these parenting behaviours is directly associated with children’s vocabulary at age two and problem-solving capabilities at age three. These capabilities, in turn, predict children’s success in school and potentially their entry into the workforce. While these findings do not mean that children who are behind at age three cannot catch up (because they can, and they do), they do underscore the advantages certain caregiving behaviours provide.

Most parents engage in these behaviours spontaneously and naturally. However, there is good evidence showing that these caregiving behaviours have their greatest impact when they are child-led, meaning that they occur in response to the child’s specific interests, needs and developmental capabilities. By comparison, children under the age of two learn relatively little from activities that are explicitly parent-led.

The Family Nurse Partnership programme includes content which explicitly helps parents follow their child’s lead and there is consistent evidence across studies that this content is effective. This evidence includes:

FNP does this by helping mothers understand their child’s learning capabilities at each stage of their early development and providing them with strategies that encourage their child to direct their own learning. One-to-one coaching from the family nurses also increases mothers’ confidence in knowing when and how to do this, as well as their perceived self-efficacy in supporting their child’s learning. 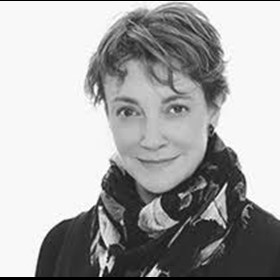